The past month has been WILD - and not entirely in a cool, jaguar chilling in a tree way. Because of that, there have been some delays on EVERYTHING! My house is a mess and all my projects are backed up, but I think I should be able to catch back up in the next few days.

Besides, am I ever *not* behind?

To elaborate though, it all started when a lovely lady on Deviantart messaged me to let me know she'd seen my art in a restaurant. It just so happened that it was my Pokemon sushi pieces that I specifically don't have up for public sale or distribution because of my DEEP fear of copyright lawsuits.

Upon investigation, I found out that the establishment, did in fact, have my stolen work up on their walls, so after successfully keeping my stomach on the inside of my trembling body, I called everyone I could to get it handled.

Finally, the owner and I came to an arrangement where he's going to take down the pieces and put up pieces that I worked three full days on, while only getting about 9 hours sleep total, as I didn't sleep the night I found out and that night, I got woken up by a TORNADO ALERT!

We collected the pets, ran into the basement bathroom, waited out the alert, only to find that water started seeping in under the walls. So that was cool. Except it wasn't, because our basement flooded.

Thankfully, we have a dehumidifier that helped deal with that.

So, I finally got to sleep THAT night, finished the artwork, and then found out that Qinni passed away and stayed up crying all morning with other friends in the art community. Her tributes were beautiful and it was really inspiring to see everyone bonding over such a beautiful soul. I was also really happy to have gotten to expose new people to her work and incredible personality. Aaaaand, I have to stop there or I'm going to start crying all over again.

I pretty much lost the week to working on those commissions and the lack of sleep. I also blew through this week chipping away at various projects.

One of those, you probably noticed if you watched my most recent review! My elephants are animated now, so that's fun! It makes the process of putting together the videos SO much easier, so I'll probably stick with it. My review that normally would've taken about two weeks took three or four days, which BLEW ME AWAY!

But, as a result of having everything thrown off, I TOTALLY MISSED THE FACT THAT IT WAS FRIDAY! And thus, I skipped my Pokemon Sushi for the week, but I will do one up tomorrow after scrubbing down the homestead to make up for it. 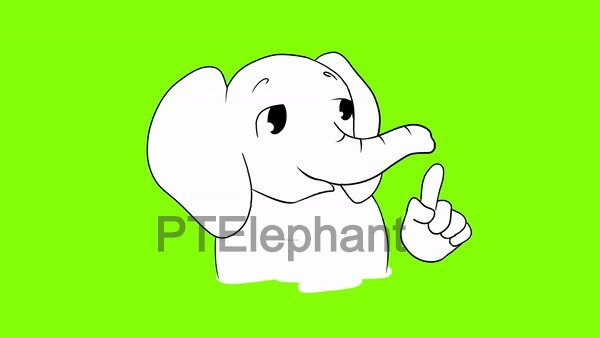 This next week, after I get the house back in order, I'm going to continue work on a game character I was making. Oh yeah! I also started on my resolution to unify my various art styles into something more cohesive by making the same type of animal/thing in those styles. For example, I just made a 3D printed Celtic Knotted Elephant pendant to fit into that collection, to go along with the elephant charm I have in my Etsy shop. I'll also be working on a Nouveau style elephant to go with that collection (which I'll be updating).

I'm also going to work on my book(s) some this weekend and make headway with those.

My next video will probably be a request video, but we'll see. I'll be finishing up my season 1 Hemlock Grove videos in the next few weeks and then I'll get back to Tarzan.

Anyway, I think this novel was enough of an update for now! Let me know what you think of the new stuff I release and as always, I respond to emails, comments, concerns, etc whenever I can, so don't be shy!